Women have been wearing dedicated sports bras for many years, but as the decades have flown by there’s been a gradual uprise in the amount of men wearing sports bras too.

Now, you may be wondering why soccer players even wear sports bras in the first place!

Because after all, these particular athletes are some of the fittest in the world and they typically have skinny bodies which sort of negate the need for upper chest support.

Well, it’s safe to say that the main motivators for the male species putting on this piece of equipment are slightly different.

Soccer players generally wear sports bras to track their performance output. These pieces of technology are fitted with a GPS tracking device that’s able to monitor an athlete’s heart rate; their distance covered, as well as the rate at which they’re able to burn calories during competitive games and training sessions.

Now, this article is going to take a much more detailed look at how these sports bra devices operate.

What is the black bra that soccer players wear?

If you’ve been a fan of soccer for some time, then there’s a high likelihood that you’ll have noticed some professional players wearing what looks like a black bra on top of their training tops.

In some cases, you may have also spotted them donning this piece of equipment when they take off their soccer jersey after a match.

Well, the so-called “sports bra” that you see players wearing is in fact not an item of clothing.

This is because they are athletic vests that are specifically designed for the purpose of holding GPS trackers within them.

You get the skin-tight construction on these pieces of gear primarily because there’s a pod that’s tucked into the back of the vest that acquires all the statistical data needed to make important decisions based on real-time player performance.

And beyond the basic performance metrics that get measured – such as speed, heart rate and distance covered –  the vests also contain accelerometers and gyroscopes that monitor how hard players accelerate and decelerate during periods of physical activity.

The statistical data and information concerning a player’s movements is recorded by the GPS tracking device and then passed over to a software dashboard that can be accessed using a laptop, desktop, tablet or even a smart watch.

Here’s a really neat video that explains how the national soccer team of Brazil uses these GPS vests:

So, you should now be relatively aware that soccer players don’t just put on these vests for clothing support in a way that women would.

Let’s dive in to see what sort of information these devices can collect and how they inform decision making within professional soccer clubs.

Soccer is a game that has become so much more fitness–centric over the last couple of decades.

Gone are the days when players would head to the pub right after competitive games to down themselves with copious amounts of alcohol.

Emphasis on how much mileage players can cover has become an essential part of how teams operate these days, especially because soccer tactics have evolved to incorporate highly demanding pressing systems that require players to run and run and run.

These sports bras are capable of tracking various performance metrics such as:

Although the list of data points certainly doesn’t end there!

These metrics are collated as players run on the pitch, and they provide coaches with a much more informed view of how fit and ready players are to compete.

Because professional clubs have the resources to gather lots of data from their scouting departments, they can use these metrics as a baseline to measure and compare how a player’s fitness level stacks up to that of their opponents in competing teams.

On a similar note, coaches can use the performance metrics provided by these sports bras to tailor physical workouts for specific players.

For example, a club’s data science department may choose to gather player data for a certain period of time before deciding how heavy of a training workload to allocate.

The vests allow coaches to get a well-rounded picture of where individual players are at in their journey.

Such individualization helps isolate areas for improvement and gives them accurate information to be able to decide to take the training intensity up or down a notch based on current performance.

Another aspect where these vests really come in handy is when players are undergoing the process of injury rehabilitation.

If you’ve played soccer even on a basic level you’ll know what it feels like to be missing out on the action due to being hurt.

Professional soccer players have such a high drive to get back on the playing field that they may sometimes jeopardize their own recovery by requesting to return to action earlier than expected.

And this is where these sports bras solve a problem.

Say a player is given a task within a rehabilitation session that involves running a distance of 5 miles.

With the vest worn, the pod will record how far they traveled as well as how much energy they exerted to cover that mileage.

And because a major aspect of rehabilitation involves limiting explosive movements so that body parts like bones, ligaments and tendons can heal naturally, these pieces of equipment are very ideal because they can monitor how hard a player is exerting themself.

Ultimately, this can be a crucial factor in avoiding injury recurrence.

The answer to this question is a resounding yes!

Clubs like to track the statistical performance metrics of their players during competitive fixtures as well as in training sessions.

Soccer has become such a data driven sport and clubs will jump at any opportunity to gain a performance advantage over their competitors.

For instance, Leeds United often require their players to wear these pieces of gear, especially because their approach to the game involves covering lots of ground across all areas of the pitch.

Tom Robinson – a first-team sports scientist at the club – told The Athletic how the coaching staff take a modern analytical approach to player performance through the use of statistical data tracking.

Why is the tracking device held in a bra-like vest?

One particular question that’s often raised about these sports bras is why the GPS tracker is held within a vest that’s fitted over a person’s chest.

Well, according to Catapult Sports – one of the manufacturer’s of these vests – there are two main reasons why they’re not held on the wrist or the waist area:

Where can you buy a GPS-enabled sports bra?

As always, Amazon rarely disappoints when it comes to the availability of sports equipment.

You can purchase the aforementioned manufacturer’s vest – the CATAPULT ONE – by clicking the button below. 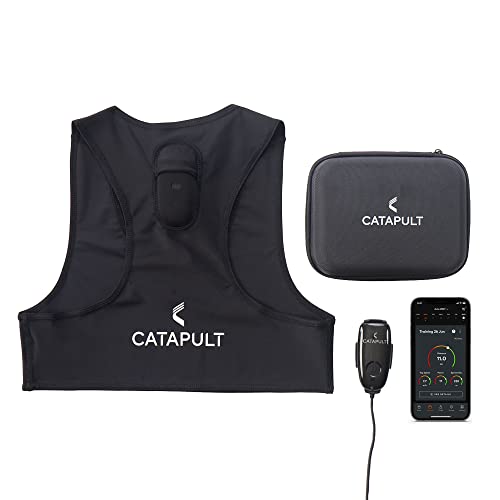 Alternatively, you can grab yourself a STATSports APEX Athlete Series GPS Tracker Vest instead. 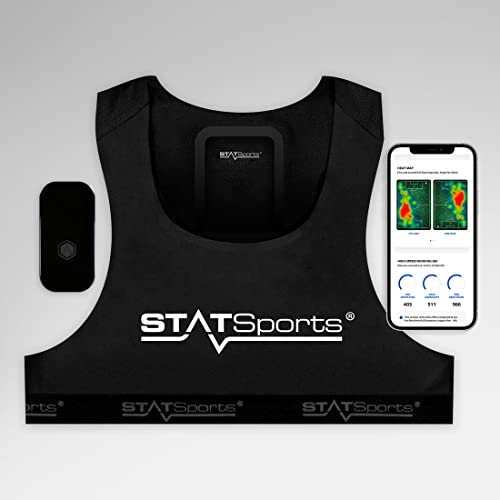 You’ll quickly note that both of these “sports bras” do a fine job when it comes to performance tracking, as they are equally well reviewed from a wide demographic range of happy customers.

Although the STATSports version is slightly more expensive, which can be a sticking point particularly if you’re someone who’s on a tight budget.

If you find yourself struggling to pick a winner between either of the two options, then it might be worth having a read of this article on the best GPS sports vests, as it contains a much more detailed evaluation of both trackers.

This post has probably enlightened you on the purpose of the sports bras that male soccer players wear.

Soccer players typically wear black-coloured sports bras to track various elements of their physical performance during training and games, as the equipment is fitted with a GPS device that’s able to record certain metrics like heart rate and energy output.

These pieces of gear are also quite useful for managing the injury rehabilitation process, as they give coaches the tools needed to assess player recovery.

If you want to read another article that talks about what soccer players physically experience, then have a look at our informative post that explains why these athletes get muscle cramps.