Home » Blog » Discussion » Why Do Soccer Referees Have Two Whistles?

Soccer referees make tough decisions out on the pitch.

With a single blow into their whistles, they play a significant role in dictating the flow of the game and making sure that its participants maintain discipline as they compete by adhering to all the rules and regulations.

Now, this article isn’t going to talk about the history of referees or discuss how difficult their on-field jobs are.

Instead, it shall specifically focus on answering the question of why referees carry two whistles with them to officiate matches.

As is tradition on the Soccer Whizz blog, we shall begin with a succinct summary…

Soccer referees carry two whistles for the main reason of having one whistle as a backup option in case anything were to happen to the primary whistle during a game. This could include damage to the whistle which makes it malfunction, or even misplacement as a result of the object falling onto the grass.

But the reasons don’t stop there!

Read on to learn more about why referees carry more than one with them.

Admittedly, it doesn’t sound immediately obvious to a reader why a referee would decide to carry two whistles to a game.

This is especially because there’s a really slim likelihood of an event unfolding that prevents the match official from blowing into their “trusted trumpet”.

But stranger things have happened in soccer, which is why referees like to carry what is called…

Referees always need to be prepared.

Because sometimes when they step out onto that pitch and begin officiating, things can go wrong.

For example, if a referee was running at pace to keep up with a counter-attacking play with their whistle in hand, the object could fall onto the ground right when they’re in full stride (i.e. arms swinging backward and forward).

Once that whistle drops on to the turf, it can be pretty difficult to find.

The search for it would be even more difficult if the grass was long and hadn’t been cut in a long time.

In such a scenario, the game would have to be temporarily halted whilst the referee tried to located their whistle.

And that wouldn’t be ideal for the spectacle or the competitive aspect of it either.

The attacking side would be frustrated at the loss of their offensive momentum, brought about by a referee simply not being careful enough to cling on to their whistle as they ran on the field.

So, having a backup whistle becomes very important.

Without one, referees wouldn’t be able to start, stop and resume play.

Even if the referee lost their original blowing device, they could easily resort to making use of the backup whilst they searched for the misplaced one.

Doing so wouldn’t cause much if any disruption to the match.

In other cases, a backup could be needed in case the original whistle malfunctioned in any way.

For example, this could be as a result of prior damage – like a crack to the blowing mechanism of the object – that wasn’t inspected before the game commenced.

Having a secondary whistle in this case also allows the referee to get on with the game and worry about fixing the original or finding a replacement after the match has concluded.

If you’ve officiated a number of matches as a referee, then this reason should make a lot of logical sense to you.

Anyway, for those who haven’t a clue what this could be about, just keep on reading.

In higher level games, referees could use each whistle to signify a different sort of foul or infringement that’s been committed by a player.

For instance, one whistle could be blown when common fouls like trips, pushes, shoves or rash tackles are made, whilst the other could be used for more intense signaling like when a mass confrontation or a full-blown brawl between two sets of players is about to ensue.

When used in this way, referees can actually enhance their on-field presence as players can be able to differentiate between the moments when a “light” foul has been made as opposed to a more “severe” foul requiring greater disciplinary action.

In addition, some referees simply split the use of the whistle between cautionary fouls where a lecturing or yellow card needs to be brandished, and the more dangerous incidents that require sending a player off of the field via a red card signal.

Lastly, referees can use two whistles in the unlikely event that another soccer match is taking place on a field adjacent to the one they are already on.

If the referee on the opposite field had the same brand of whistle that you did, then it would be quite difficult to discern where and when the fouls or infringements are being called.

Because the whistle on the other pitch sounds the same, players wouldn’t be able to distinguish between when their match and the play on the other field is being stopped.

That would then result in lots of confusion.

So, to combat this possibility, referees come armed with two whistles to games, with the backup option preferably being of a different brand and tone to the original just in case the official on the other end had an exact replica.

Confusion can diminish the entertainment value of soccer as a spectacle, and it’s also a reason why referees wear different jersey colors as they need to stand out from both sets of players.

What whistles do FIFA referees use?

There doesn’t seem to be any sort of official documentation governing the sort of referee whistle that match officials should use.

Obviously however, quality is important when it comes to the products that referees use, so they need to ensure that the items they carry with them on to the pitch are reliable, effective and efficient.

According to this e-commerce store, the Molten Valkeen whistle below was used at the 2014 FIFA World Cup in Brazil, which probably means that it’s a relatively good model: 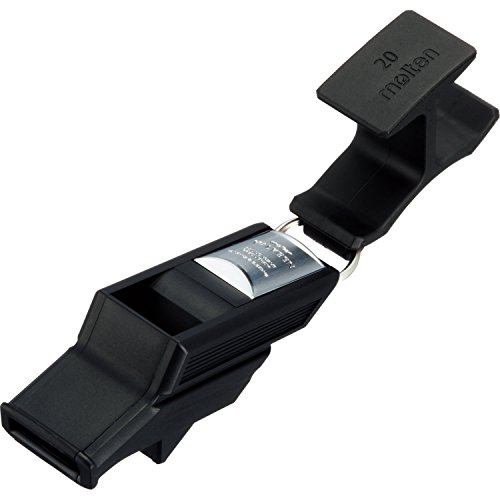 You can also scroll down to see some alternative referee whistles that we recommend: 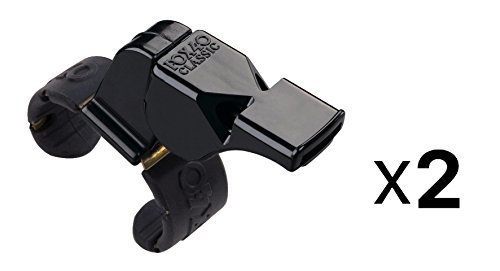 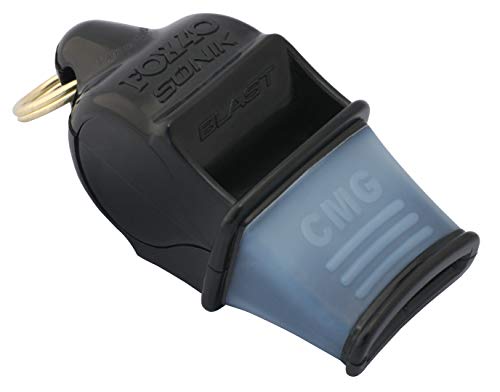 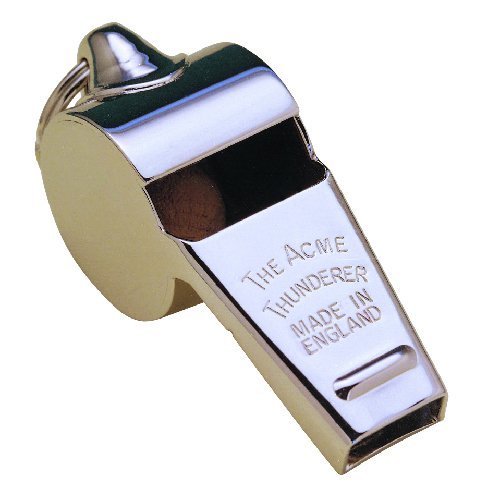 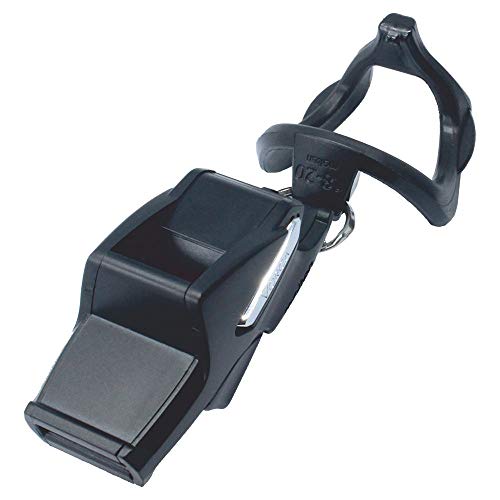 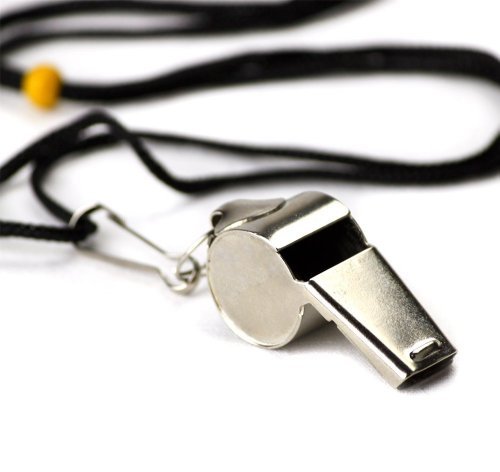 And that’s a wrap!

If you’ve enjoyed reading this article, you should also have a look at some of our other referee-related posts like: