Over the last couple of decades, statistics has gradually assumed greater importance within the footballing world.

Arguably, player data is now integral to the decision-making process undertaken at most football clubs today.

The Soccernomics Book is an award-winning title that beats the rest of the pack as a result of its depth, not to mention the fine amount of granular detail that has been conveyed throughout the text.

For those of you who are looking to make a quick purchase, I’d highly recommend an Audible membership, because with Amazon’s generous 30-day free trial you can scoop up any of the aforementioned titles without spending a single penny!

That means instant access to the world’s largest selection of audiobooks and podcasts on any Android or iOS enabled device.

So, it’s worth checking out either a Audible UK membership or an alternative Audible US one.

I’m now going dissect the best football analytics books by providing even greater insight into some of the fascinating ways that data driven tools and metrics are used in the sport today.

1. Football Hackers: The Science and Art of a Data Revolution 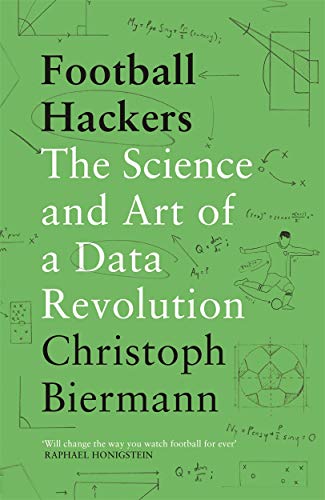 The author of this fantastic title – Christoph Biermann – has spoken with numerous scientists, managers, scouts and psychologists involved in the game to provide a balanced account of the growing influence of data within football.

He emphasises that winning in football no longer takes place solely on the field, but also in the boardroom as club executives and data analysts seek to gain extra competitive advantages over their rivals by way of innovation.

2. The Numbers Game: Why Everything You Know About Football Is Wrong 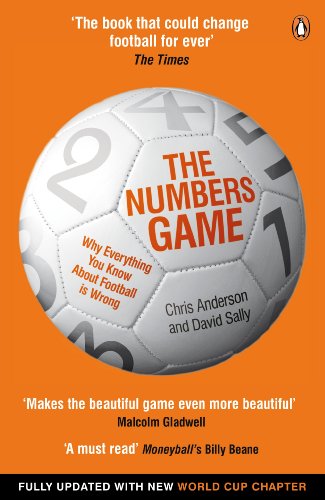 Chris Anderson – a former goalkeeper who is now a football statistics guru – and David Sally – a former baseball pitcher turned behavioural economist – debunk the commonly misplaced myths about the game in this great book called The Numbers Game.

Look at formations for example, with shapes like 4-4-2, 3-4-3 and 4-5-1 using numbers to denote how many players are positioned in each strata of the field.

Numbers have always played a part in making the game what we know and love today, but there’s more…

In this book you’ll learn why preventing a goal is more valuable than scoring one at the opposite end; why corners should be taken short and why it’s better to improve the worst player on the roster than to splash out for a world-renowned superstar. 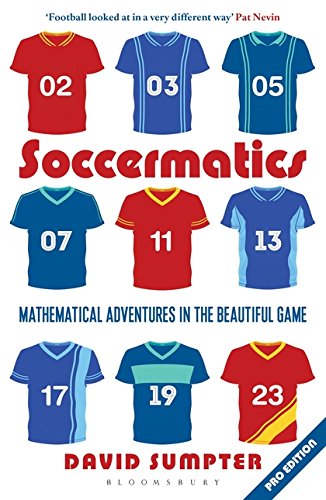 The premise behind Soccermatics is that in order to make sense of the shot statistics, league tables patterns of play and tactical shapes, we need to understand the mathematical models that are applied in physics, biology and economics.

Soccermatics therefore binds together mathematics and football, with numbers used to reveal some of the inner workings of the game.

The author – David Sumpter – has done extensive research on some of the world’s most famous footballers and teams, and he reveals the fruits of his meetings with some of the professionals who utilise numbers and statistics for performance enhancement within the game. 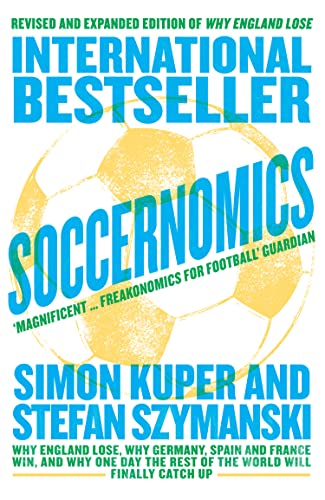 In the world of football literature, Soccernomics is one of the most widely recognised and recommended titles.

And for very good reason.

Simon Kuper and Stefan Szymanski provide excellent answers to some of the biggest questions that football fans want to know, such as why England frequently lose whilst the likes of Germany and Brazil win more often than not.

Focus is also paid to Spain’s period of international dominance and why so many clubs fail to recruit the right players. 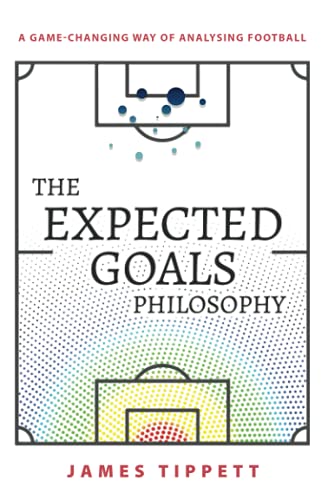 Such is its significance that even professional gamblers draw on this data point in order to determine which teams are worth a lucrative bet.

And then you’ve got club scouts also using it to scope for the hidden gems in the transfer market.

Yet despite its ever-growing importance in football, the majority of casual fans still don’t fully understand what the expected goals term is, or when to apply it correctly when analysing a player’s performance.

The Expected Goals Philosophy sets out to put things straight.

Readers will learn all about the methodology which has seen English Championship side Brentford battle for promotion on a couple of occasions, along with amassing more than £100 million in transfer revenue as a result of their use of the expected goals metric in their player recruitment.

6. Outside the Box: A Statistical Journey Through the History of Football 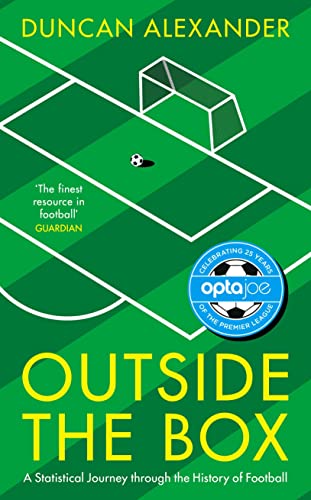 Outside the Box by Duncan Alexander
View Price on Amazon

Back in the day, the numbers and performance metrics didn’t mean much in the world of football.

It was certainly a simpler time, with teams mainly focused with succeeding on the pitch.

Players didn’t have to adhere to the meticulous dietary and fitness regiments that they have to today.

Outside the Box uncovers when the numbers started to become more important to various stakeholders within football, and it offers a thoroughly detailed explanation of what the numbers mean.

The author – Duncan Alexander – reflects on the 28-year life of the Premier League and demystifies the mysths surrounding the game whilst at the same time revealing some hidden truths.

Armed with OptaJoe archives and tonnes of data, he explains why Liverpool have had a lengthy trophy drought and reveals whether Messi is the greatest footballer of all time.

You’ll have to pick this title up and find out the answer to these questions! 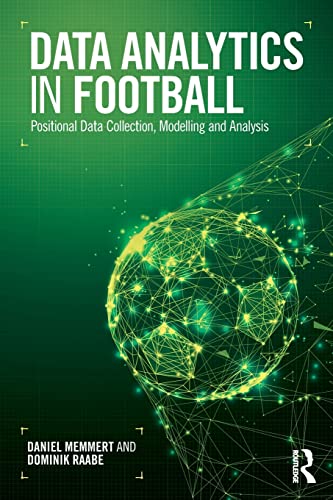 This last recommendation is a totally data driven one.

Daniel Memmert and Dominik Raabe explore how positional data on players can be collected, modelled and analysed and they challenge some of the sports longest held assumptions by way of cutting-edge methodology.

Some of the topics covered in this title include the emergence of positional data analysis and the benefits of a data driven approach to decision making in football.

Data Analytics in Football contains data collected from the German Bundeliga and UEFA Champions League and is supplemented with interviews from some esteemed professionals within the industry such as Ralf Ragnick and Urs Siegenthaler.

There are two main ways in which this info-centric part of the game is of use to clubs:

These days most football clubs have extensive scouting networks across each and every continent.

But with data now widely available, clubs can create a shortlist of players who have statistics that fit a particular profile, all without having to leave the training centre.

There’s a case of a team in Eastern Europe that employed a company called 21st club that specialises in this field of work.

Using 21st Club’s tool – which calculates the historical link between a player’s on pitch actions alongside overall team performance level and subsequently assigning an overall rating – a player who was earning 25% less than the average player on the client’s shortlist and who was better than all but one on the said shortlist, was identified.

Companies like STATSports are making significant sums as their GPS sports vests are used by some of the biggest teams in world football as a way of measuring and monitoring the fitness of players.

These vests are able to track various metrics such as:

It goes without saying that the increased prize money available and the fierce competitiveness within the sport has lead to clubs seeking to eke out any possible legal advantage to get an edge over their rivals.

Clubs will want their athletes in tip top shape for matches and they can only be sure that their athletes are in the best physical condition by using the data at their disposal to keep an eye on their performance in training.

Now reading all that should have enlightened you on why clubs use data so extensively.

Ultimately, from this blog post you should have been able to deduce the fact that data driven insights are playing an increasingly important role in several facets of the sport today.

If I was to pick and place one of the recommendations in this post above the rest in the list of the best football analytics books, I would vouch for Soccernomics; not only due to its overwhelming popularity among football readers, but also because it looks at analytics from multiple angles as opposed to most of the other titles.