Professional games of soccer comprise of two teams of eleven players who battle it out on the field to determine a winner in the sport.

Now, each side has a captain that represents the best interests of their team mates.

Whether you’re watching matches on television or taking the journey to the stadium to view the spectacle live, you’ll notice that both captains wear armbands that fit snugly on their bicep area.

This article has been written to answer the question of why soccer captains wear these armbands, as well as give readers more information on things like when these armbands became part of the sport and what purpose they serve.

So, let’s get started with a short summary of the topic at hand.

Soccer captains wear armbands in order to be easily identified by the match referee during play. Captains have extra responsibilities in games – such as communicating with referees – so wearing an armband makes them more distinguishable when an official needs to speak to them.

What does the captain’s armband mean in soccer?

In soccer, wearing the captain’s armband is usually a significant honor.

This is because it represents a position of leadership and authority within the social dynamic of a team.

Even the fans understand how important having a good captain is for the harmony of the squad.

You only have to look at the case of Granit Xhaka and how his action of throwing the Arsenal armband onto the ground brought severe criticism upon himself.

Being a captain of a soccer team essentially separates you from other members of the team, as you take on a greater responsibility within it.

Read on to find out what sort of responsibility this role entails.

What are the responsibilities of a soccer captain?

Soccer captains are called upon to perform certain actions due to the fact that they are the main representative of their team.

Here are a couple of things that they’re involved with during games:

1. Participating in the coin toss

Before the start of a match, the referee will call upon both captains for a coin toss.

What happens here is that the winner of the coin flip gets to choose whether their team will start with possession of the ball via kickoff or pick which side of the pitch they want to defend in the first half.

Only team captains are allowed to come up for a coin toss as they are the players chosen to represent the wishes of their team.

Without armbands in use, a referee would take much longer identifying each team’s leader and that in itself would cause match delays.

Additionally, there’s a coin toss whenever penalty shootouts are set to take place.

In this scenario, team captains would get a chance to decide which side of the stadium the spot kicks should be delivered from or whether they want to begin with the first kick in the shootout.

Therefore, armbands make things simpler as referees can simply pinpoint the two players with a colored marker on their upper arm.

2. Communicating with the referee

Soccer games can get pretty feisty, especially because of the fact that the sport is quite physical in nature.

The competitiveness sometimes leads to cases of indiscipline where players from opposing teams get into arguments about certain on-field actions or decisions that have been made.

When this happens, a referee has to step in and calm down proceedings.

They often do this by signaling to the captains of both sides.

Here, the match official lays out his perspective on events and tells the captains what he expects of each side from a disciplinary standpoint.

The onus is then on each captain to relay the referee’s message to the rest of their team mates.

Can you imagine a situation where captains didn’t exist and the referee had to speak to each player involved in a particular incident separately?

It would take way too much time and severely interrupt the flow of the game.

Having captains ultimately solves this issue as the main official can pass on his message to each captain and resume play immediately after.

Captain armbands have long been rooted in soccer tradition, stretching back many decades to a time when the sport wasn’t even televised.

And funnily enough, Britain wasn’t the first country to introduce them to the game.

Here’s an excerpt that details this more:

“Photographs show the Dynamo Kyiv captain Andrei Zazroyev wearing one as early as 1954 and there is one on the arm of Italy captain Bruno Bolchi as he shakes hands with Bobby Charlton at the final of the 1958 under-18 World Cup. By that time, they were commonplace in Italy: some digging by Italian journalist Paolo Maggioni reveals that a new rule at the start of the 1949-50 Serie A season stipulated that captains must wear armbands.”

Armband use within English divisions then picked up in the mid-1980s, with the Football Association then making them mandatory for their cup competition from the year 1985.

What arm does the captain armband go on?

There is no rule for which arm the band should go on, as players have the freedom to choose to put it on either their left or right side.

Normally however, players will wear the band on their weaker arm.

So, for example if a captain is naturally right-handed, they’d likely sling the armband over their left arm.

Where can you buy captain armbands?

You can find a whole host of different captain armbands on Amazon.

Check out the products below, each of which are well reviewed: 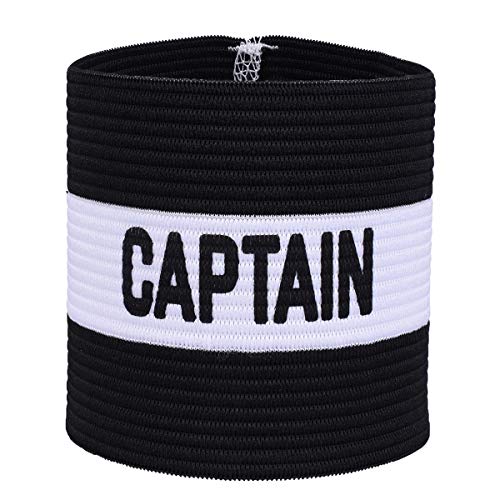 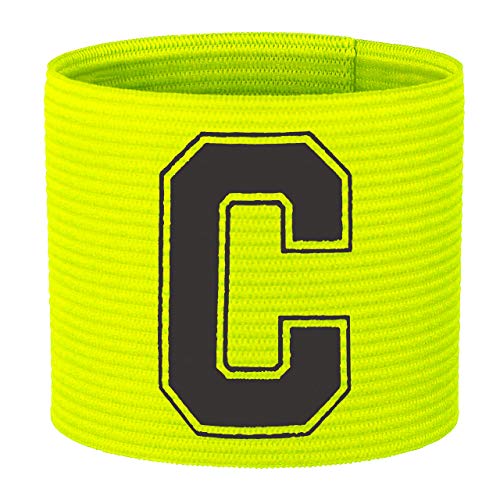 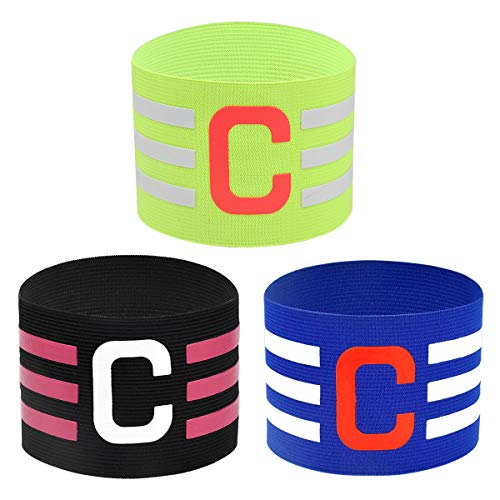 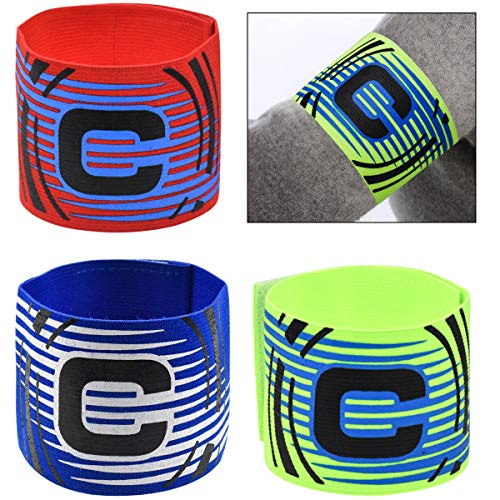 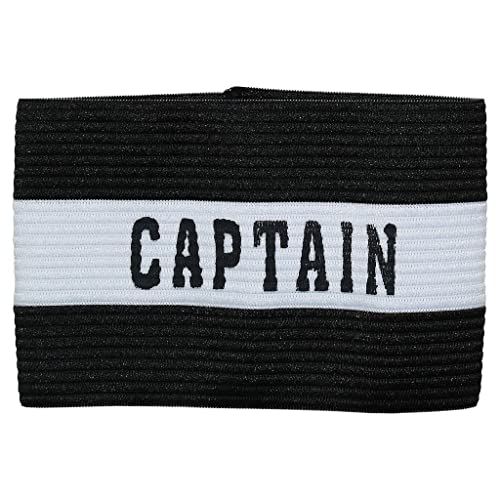 That brings us to the end of this article on why soccer captains put on armbands for every game they participate in.

The captain’s armband is used as a player identifier for referees, making it easier for officials to pinpoint the captain of each soccer team on the field, especially when they need to communicate with them on matters concerning player discipline and match procedures.

If you’ve enjoyed reading through this article, then you should check out some similar content on the blog, such as: